Ever since the loss of my baby girl Princess, I have set a personal goal to help as many fur babies as possible, those that may not have been as privileged as Princess, and to help give them a second chance. 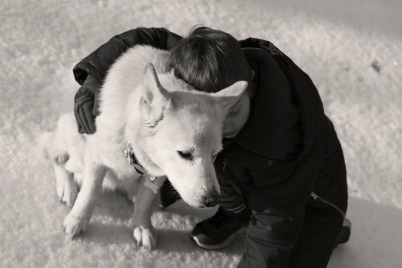 I have been given that opportunity through working with one of the local rescue’s to help capture some great and adoptable rescue dog’s personalities on camera and to help put their need for a fur-ever home at a better advantage.

I am also offering end of life photo-shoots for those that have found out unexpected news of their beloved four legged baby and would like memories captured before saying goodbye, free of charge.

Before Princess left to cross over the doggy rainbow, I adopted Maxie from Friday’s Rescue Foundation. I knew Princess was getting older, possibly leaving, but I did not expect only three weeks after adopting Maxie, that it would be her time.

Maxie helped Princess possibly even stay longer than she was anticipating, as Princess was loosing weight and stopped eating her normal amount of food a few weeks prior to getting Maxie.  Day’s after Maxie came home, Princess started to eat more food, get more energy and started to perk back up. She was given even extra attention, as to not feel like she was being replaced, but more so shown the love and desire to keep her around as long as she could. Being 13.5 years old, she was definitely getting older. She was diagnose with stage 4 kidney failure, and gave us one more week of unconditional love before stepping over to doggy heaven.

When I adopted Maxie, I did not save her, she saved saved me, our family and those close to Princess that felt the loss. She has kept close when she knew she was needed, kept security during lonely nights, and most importantly cuddles to my youngest.

So, when you want to add an addition or need some rescuing yourself, please visit your local rescue or human society. I’m sure your angel will be right there to save you.